Winner of the 40th Alice Prize

Robert Andrew – Whitewash Over the Burn

The Araluen Arts Centre and the Alice Springs Art Foundation would like to congratulate Robert Andrew as the winner of this year’s The Alice Prize.
Andrews’ work “Whitewash over the burn” was announced as the winner of the acquisition award this evening by this year’s judge Brian Ritchie, MONA FOMA curator.
Image: Robert Andrew, Whitewash over the burn, 2017, burnt timber boards – aluminium, ochre, oxides.

“In ‘Whitewash over the burn’ (2017) I took wooden panels from my colonial-era house in Brisbane, which would have been cut from trees predating colonisation. My great-grandmother was of the Yawuru people, from the Broome area in the Kimberley region in Western Australia. I used a CNC machine to embed the boards with text from her repeated applications for citizenship and subsequent denials.

Once lit, the boards were quenched with ochre and oxides that seeped into the cracks and then covered with white chalk to bind. Often historical documents were intentionally burnt to destroy and cover up atrocious acts against Indigenous people, and I used this process of burning to enact mirror this form of violence back upon the English text as a cathartic strategy.”

“I chose the winner as the work I thought was a great work in its own right. But also as a representative of many of the ideas and themes circulating through the show as a whole.
I singled out a number of other good works and artists in my comments but made no formal list of runner-ups for example.
The other work I thought of as a strong contender was Kathryn Del Barton. “ Brian Ritchie is a multi-faceted musician and arts curator. He originally came to worldwide attention as bassist and multi-instrumentalist for American band Violent Femmes, and has also performed and recorded with many renowned artists. Brian moved to Tasmania in 2007 and became the Music Curator at Mona (Museum of Old and New Art). He is the curator of MONA FOMA and Synesthesia festivals, combining music, sound art, visual art, dance, spoken word, and theatre. MONA FOMA has twice won the coveted Helpmann Award for Best Contemporary Music Festival. His team also organises over 100 performance events at Mona per annum, including a market, onsite concerts and art openings. Brian enjoys mentoring Aboriginal musicians at Bush Bands Bash in Northern Territory and as part of Bleach* Festival on the Gold Coast.

Quote: I’m excited to be given the opportunity to judge the Alice Prize. It’s a venerable and inclusive initiative. Alice is one of the most stunning areas in Australia. I have grown fond of it over the past years due to Bush Bands Bash. The people are wonderful and it’s a power spot for art. Kelli Cole is a Warumunga and Luritja woman from central Australia. Kelli is the Assistant Curator of Aboriginal and Torres Strait Islander Art at the National Gallery of Australia. She has worked on major projects at the Gallery since 2007, including the National Indigenous Art Triennial in 2007, 2012 and 2017, the development of the Gallery’s eleven Indigenous art galleries in 2010 and the delivery of eight Wesfarmers Arts Indigenous Arts Leadership programs. Luke Scholes is Curator of Aboriginal Art at the Museum and Art Gallery of the Northern Territory. Between 2003 and 2007 he worked as a travelling field officer and later as Assistant Manager at Papunya Tula Artists. In 2008 he worked for Martumili Artists in the Pilbara region of Western Australia. During 2010–11 he was Project Officer, Indigenous Art, at the National Gallery of Victoria.

In 2017 Scholes co-curated the exhibition Tjungunutja: from having come together with a number of senior Luritja, Warlpiri and Pintupi men. Since 2016 he has been the curator of the Telstra National Aboriginal and Torres Strait Islander Awards (NATSIAA).

Luke has contributed to many books, journals and magazines including: Beyond Sacred: Australian Aboriginal Art, the Collection of Colin and Elizabeth Laverty; Tjukurrtjanu: Origins of Western Desert Art; No Boundaries: Contemporary Australian Aboriginal Abstraction from the Debra and Dennis Scholl Collection and Art & Australia. He also edited the publication Tjungunutja: from having come together to which he also contributed a major essay. 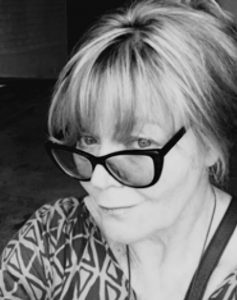 Cassandra Lehman is a highly regarded and respected arts industry professional and contributor to the arts and culture sectors, both within Australia and internationally.

With over two decades of industry experience, Cassandra has worked as a curator, gallery director, arts policy writer, and theatre production manager. She has travelled extensively, gaining a wealth of knowledge and experience in working with Australian, Torres Strait Island and Aboriginal artists, and South East Asian arts communities.

In 2002, Cassandra graduated with a Master of Visual Arts from Queensland College of Art, Griffith University, and she regularly contributes to numerous publications and exhibition catalogues, both here and overseas. Her interests in Australian and South East Asian contemporary arts, cultural studies, and her extensive background in visual arts and arts management support her research and professional endeavours.

Passionately committed to broadening audiences for the contemporary arts, Cassandra’s primary focus continues to be challenging audience perceptions and extending intercultural understanding through the arts. Congratulations to Colleen Ngwarraye Morton, who won the Tammy Kingsley People’s Choice Award  for her work ‘Women’s Ceremony and Bush Medicine’ .
.
The layers of Colleen’s paintings are as detailed and complex as the stories she paints. Colleen’s painting represents a ceremony that is performed by the women in the community. It involves dance, signing and painting the body in ochre, to celebrate their country and their understanding of bush medicine. The use of the bush medicine and the edible seeds that come in an assortment of colours, are depicted in many of Colleen’s paintings. This painting is about singing to country, singing the bush medicine in to existence, maintaining it and where to find it. FINALISTS FROM THE 2018 PRIZE