The judge of the 41st Alice Prize will be Rhana Devenport, Director of the Art Gallery of South Australia.

Rhana Devenport ONZM is the Director of the Art Gallery of South Australia and the first woman to hold this position. She is a museum director, curator, editor, and cultural producer whose career spans art museums, biennials and arts festivals. As former Director of Auckland Art Gallery Toi o Tāmaki she, in 2017, curated the work of Lisa Reihana for the New Zealand Pavilion at the Venice Biennale. Prior to that she was Director of the Govett-Brewster Art Gallery in New Plymouth, leading to the development of the Len Lye Centre. In Australia she worked on the first four APTs at QAGOMA. Her curatorial interests include contemporary art of Asia and the Pacific, time-based media and social practice. ackinolty, a Northern Territory-based artist and writer, has worked for Aboriginal and non-Aboriginal organisations over 40 years as an advocate, consultant, researcher, journalist, artist and graphic designer. He has been represented in 250 group and one person shows in Australia and overseas since 1977.

Has worked as a printmaker since 1969, and a member of the Earthworks Poster Collective (1973-1980); Marine Stinger Graphix (1980-81); Jalak Graphics (1981-1990). Worked in Townsville as a community arts officer (1980-81); in the NT as an Aboriginal Arts advisor in Katherine and Uluru (1981-85); Northern Land Council field officer, researcher, graphic artist and journalist (1985-1990); as a journalist with Fairfax and others (1990-2001). Also worked with Redback Graphix (1990s). A graphic arts and research group, Green Ant RAP followed in the 1990s. In the 2000s he worked for the NT Government, including as advisor to Minister for the Arts, thence for the Aboriginal Medical Services Alliance NT in policy and research as well as a graphic artist (2009-2013). 2013-2018 spent part time in Sicily and elsewhere in Italy producing gallery exhibitions and street art. Currently based in Alice Springs heading up a health research partnership. 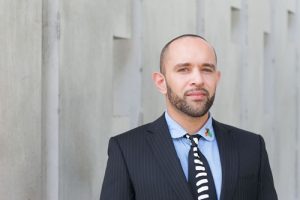 Bruce Johnson McLean is a member of the Wierdi people of Central Queensland. He currently holds the position of Curator, Indigenous Australian Art at the Queensland Art Gallery | Gallery of Modern Art. Bruce has curated many exhibitions for QAGOMA including Tony Albert: Visible 2018, Mirdidingkingathi Juwarnda Sally Gabori: Dulka Warngiid Land of All 2016, My Country, I Still Call Australia Home: Contemporary Art from Black Australia 2013, Joe Rootsey: Queensland Aboriginal Painter 1918-63 2010,  Nurreegoo: The art and life of Ron Hurley 1946-2002 2009 and theXstrata Coal Emerging Indigenous Art Award 2007 and 2008, co-curated Goobalathaldin Dick Roughsey: Stories of this Land 2019 and GOMA Q: Contemporary Queensland Art 2015 and has been a part of the curatorial team for Land, Sea and Sky: Contemporary Art of the Torres Strait Islands 2011, Story Place: Indigenous Art of Cape York and the Rainforest 2003 and the Asia Pacific Triennial and Contemporary Australia series’. He is currently planning a major retrospective of the art and life of Mrs Waal-Waal Ngallametta entitled Show me the way to go Home for mid-2020. In 2002 he was awarded the NAIDOC National Aboriginal Youth of the Year and is engaged in a range of cultural activities within his own family and community. 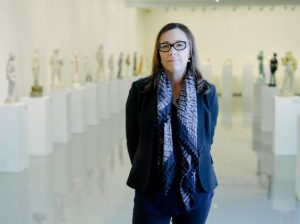 Charlotte Day joined Monash University Museum of Art | MUMA as Director in 2013 and has led the artistic program and strategic development of the museum since that time. Previously Charlotte worked as an independent curator and was Associate Curator at the Australian Centre for Contemporary Art (ACCA) working on major installations by international and local artists. Charlotte has worked across a range of public and private contexts, from advising on acquisitions of works for public and private collections including the Michael Buxton Collection of Contemporary Australian Art, to curating Australia’s Pavilions for the 2005 and 2007 Venice Biennales, the Tarrawarra Biennial in 2009, and co-curating the Adelaide Biennial of Australian Art in 2010. Charlotte has over twenty-five years of experience in curating and in arts management, having held positions of Director and Acting Director respectively at two of Melbourne‘s key contemporary art spaces, the Centre for Contemporary Photography and Gertrude Contemporary. She is currently a Board member of Collingwood Arts Precinct (CAP) and a member of the City of Melbourne’s Public Art Advisory Committee.